Looking to the markets of Mexico for inspiration, wahaca was born from our love of fresh, honest, Mexican market food.

It wasn’t that long ago, maybe a matter of months, that I read a notice about the exciting introduction of vegan options at Wahaca. I’ve passed by the bright fluorescent neon pink light of their logo at St Andrew’s Square in Edinburgh, but never knew what they had to offer.

Chain Mexican street food restaurant Wahaca offers a seasonal menu using fresh local as much as possible to recreate flavours from Mexico. With a South American vibe in decor, it’s hard not to feel happy and groovy when dining here. 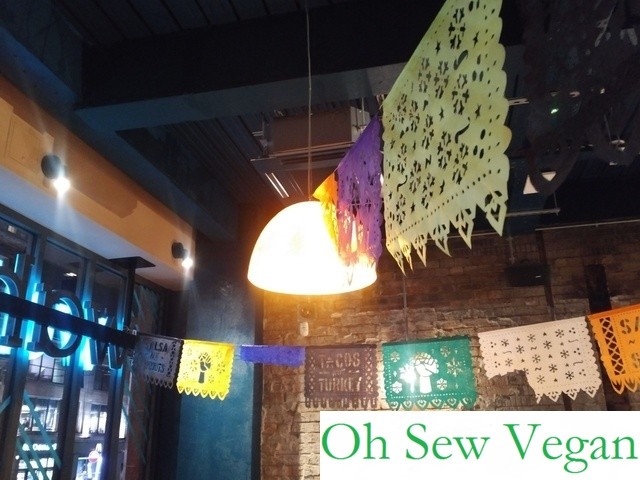 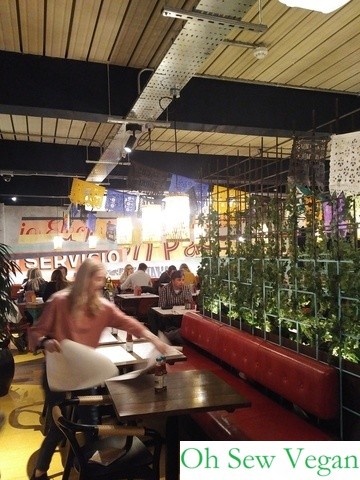 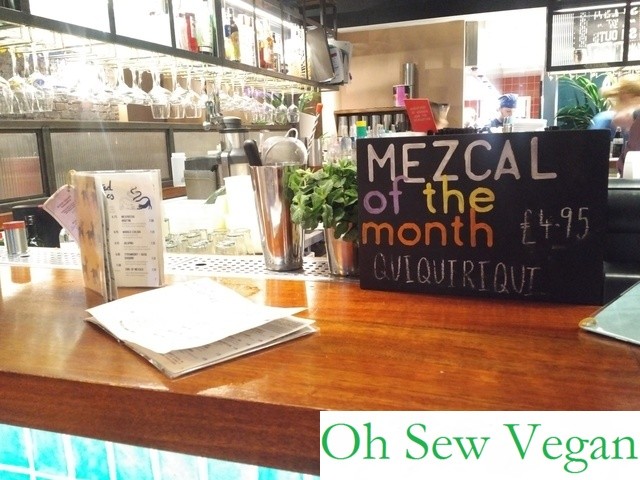 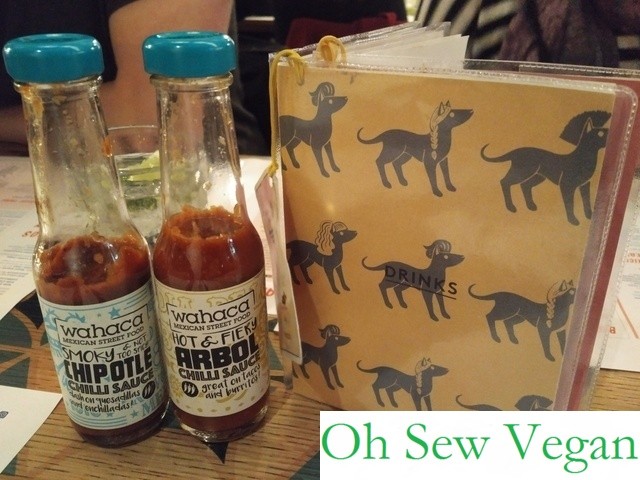 We were pleased to find there was a separate vegan menu which made choosing which dishes to go for that much easier. What was a pleasant surprise was one of the waiting staff was also vegan and was happy to share new dishes which were also suitable for vegans but haven’t been put on the vegan menu yet. 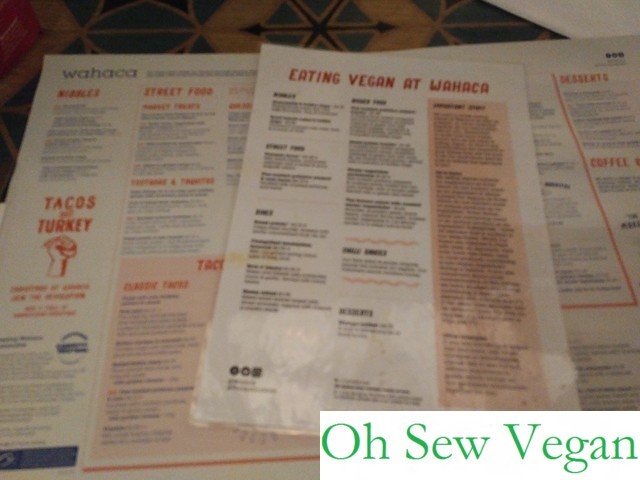 Separate vegan menus are always a plus

To start, we decided to get tortilla chips. Luckily we ended up ordering the chips with fresh guacamole with lime juice and roast tomato salsa separately, so we were able to try both. 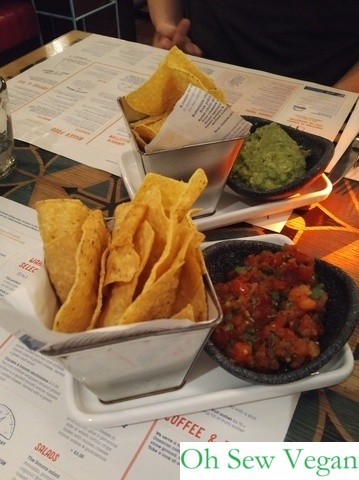 Tortilla chips with guacamole (back) and roast tomato salsa

Both dips were very tasty, I loved the fresh flavour of the roast tomato salsa, but I think the real winner was the guac. You could taste the freshness of the smashed Hass avocados with lime and coriander and it was so moreish too. I think if it were served in a tub as a starter on its own, the guacamole would be gone in no time! 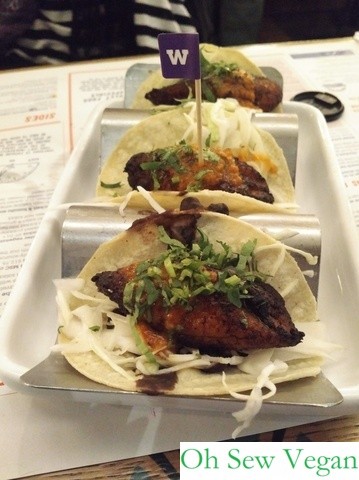 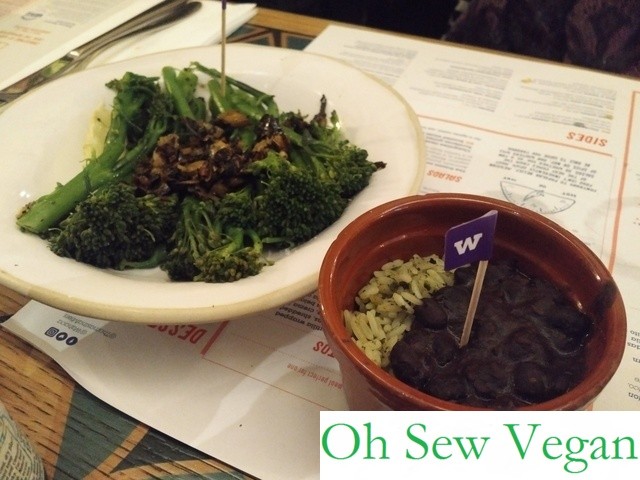 Lik-e ordering tapas, you can choose to eat one main dish or the best way to try lots of flavours is to order several small dishes to build up a main. Emma from Vegan Edinburgh enjoyed every morsel and felt the 3 dishes was more than enough for a main. I was torn between all the yummy dishes, but decided I really wanted (more like craved) a burrito instead. 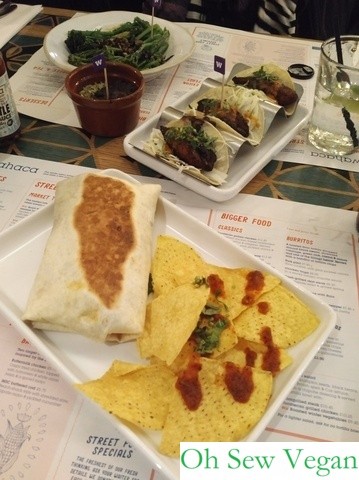 I had ordered the Fire-roasted Pablano pepper burrito but there was a mix up and Mr B ended up with my burrito and I had his instead. Not that I was complaining, both burritos sounded great and I enjoyed every bite. Burritos can be so big, filled with a lot of rice, but I really enjoyed the flavour of the sweet potato with cabbage and green rice. The sweet potato was also coated with mojo de ajo which gave it an extra bit of flavour which was very tasty. I was expecting fresh and plain ol’ sweet potato and rice, but Wahaca really knows how to spice up their food to make it taste even better! The side of tortilla chips to go with my flavoursome burrito couldn’t hurt either. 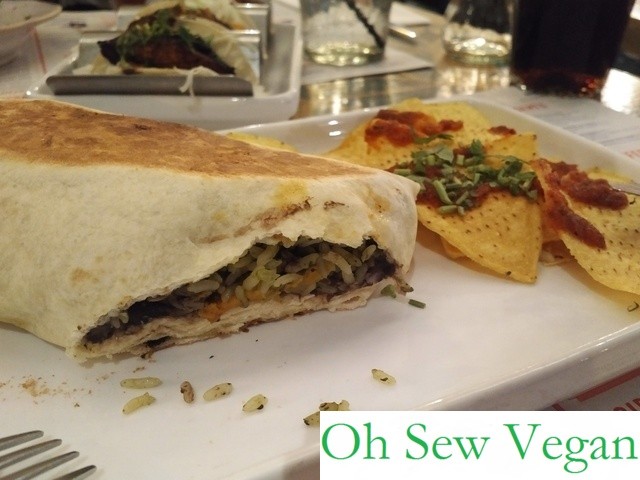 When it came to ordering dessert, we noticed the churros on the menu. I know from experience in the past, usually it’s the sauce that means the dish isn’t marked vegan and when we asked, sure enough the deep fried dough itself was vegan. The chocolate sauce wasn’t, but they were able to bring a sauce that was. That set the whole table on the edge of excitement waiting for a much beloved dish to be served. 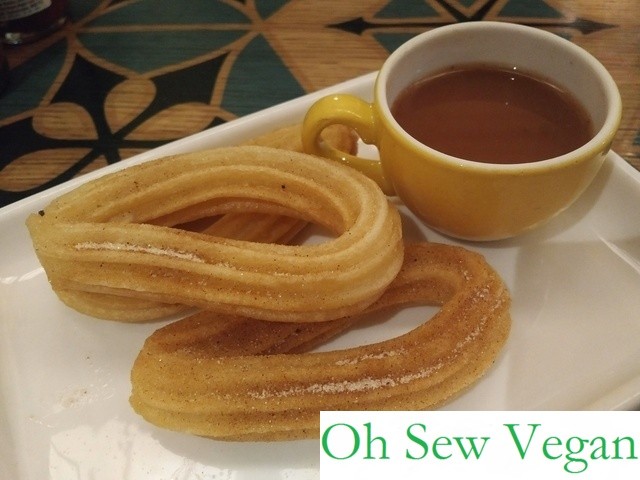 Overall I did enjoy the food and would definitely go back again. The food was lovely and I enjoyed the tortilla starters and my very tasty burrito. I would order the churros again, although until the recipe for the vegan dipping sauce changes, I’d probably order it without sauce.