I had a taste of raw vegan food last year and although it was just cakes, it left an impression in my mind that I wasn’t sure that was something I wanted to try. When Emma from http://veganedinburgh.com/ mentioned a raw vegan supper club event for Burn’s Night, I was a bit hesitant to try it again, but since I’d been meaning to visit Beetroot Cafe at some point, I thought this would be the best opportunity to try what they had to offer.

The first Beetroot Cafe supper club for Burn’s Night was held at the Century General Store on Montrose Terrace. It is a lovely small cafe with products for sale. The venue was also a lovely and cosy, comfortable environment that was a perfect setting for Burn’s Night with entertainment and readings of Burn’s best work. 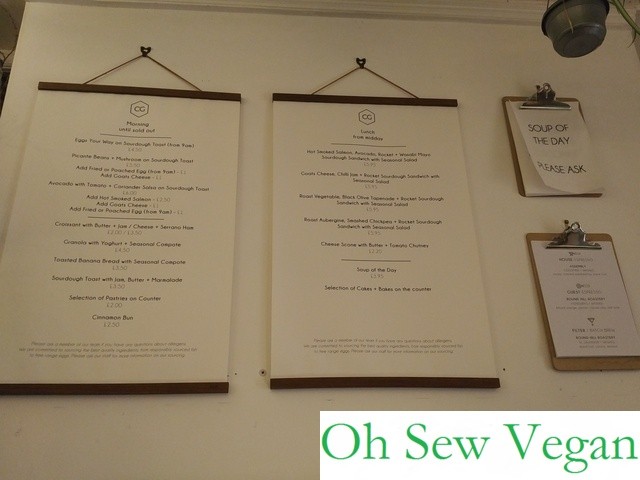 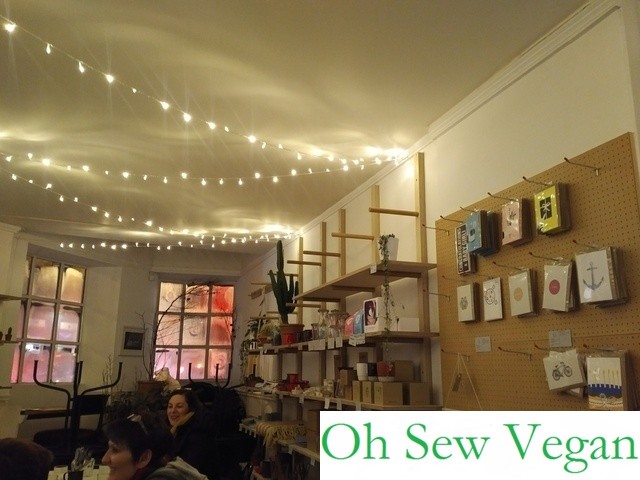 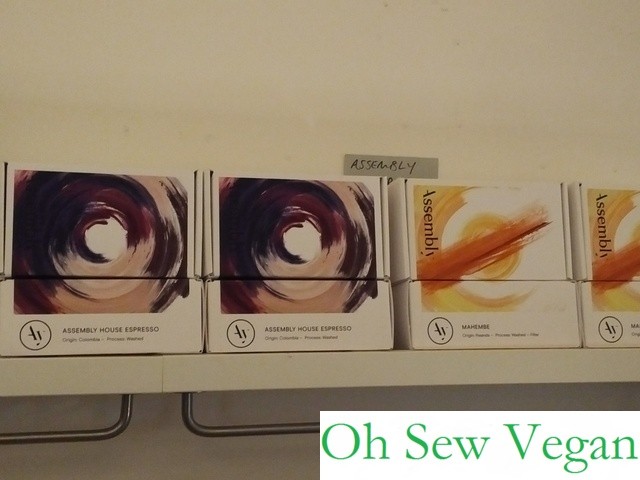 The supper club ran like a well-oiled machine with glasses regularly topped up and food being served to all supper club guests quickly so nobody is left waiting for long. When I arrived, the first course was already ready on the counter waiting to be distributed and everyone’s tastebuds were already tingling. 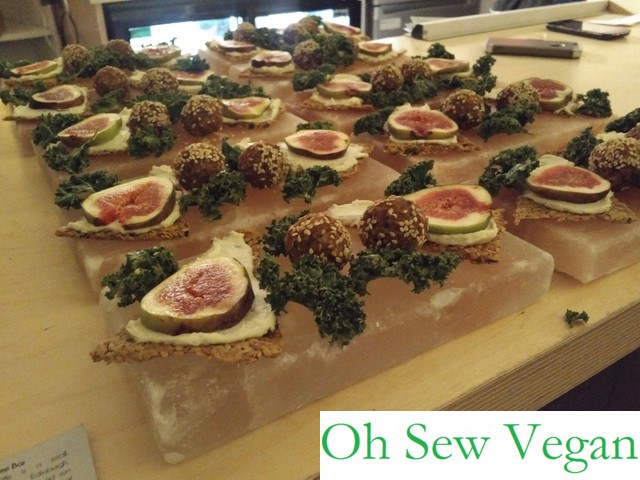 Appetisers at the ready

To kick off the meal, chef Anne-Marie introduced herself to the club and the ladies who would be serving us as well as the duo who would be providing music and entertainment for the evening. We were then served our first course which had everyone oohing and aahing over the beautiful presentation. Our appetisers were served on slabs of pink Himalayan salt! 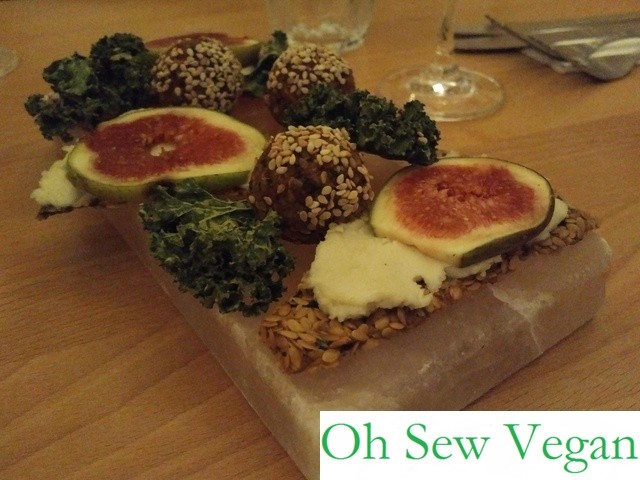 I’m not very knowledgeable in how raw vegan food is cooked, but in conversation with other guests, it turns out the dehydrator is a raw vegan’s best friend and can be quite a long process. The kale crisp had a lovely slightly salted flavour and brought out a different taste and texture to cooked kale which is what I’m used to. The sun-dried tomato truffle was also lovely and didn’t taste too much of big pieces of sun-dried tomato which you would normally expect in pasta. The cashew cream cheese was lovely and complemented the slice of fig and crunchy seaweed cracker.

Served with a dehydrated re-hydrated hibiscus and No. 3 Left Field Kombucha mocktail, the first course was more than enough to whet our appetites and make everyone eager to see what comes next. 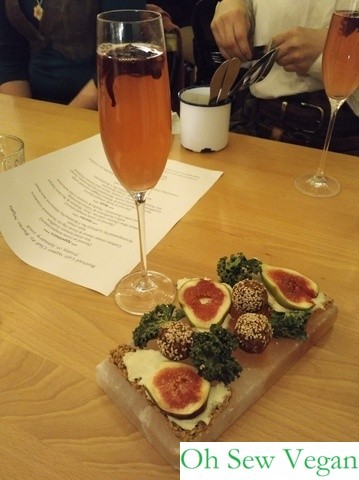 Appetisers with our re-hydrated hibiscus and Left Field No. 3 Kombucha mocktail 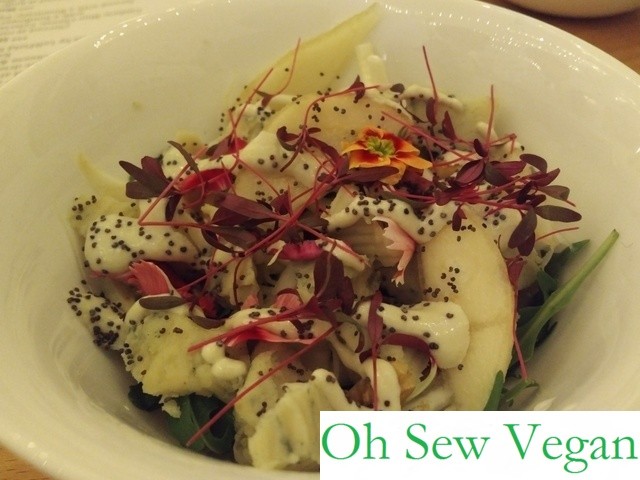 The salad was very tasty, with the bite of the rocket complementing the sweet taste of the pear. The dressing was also very mild and somehow all the flavours worked beautifully together. I can see that if this was served at a restaurant, I would definitely choose this as my starter or main course, I liked it that much! 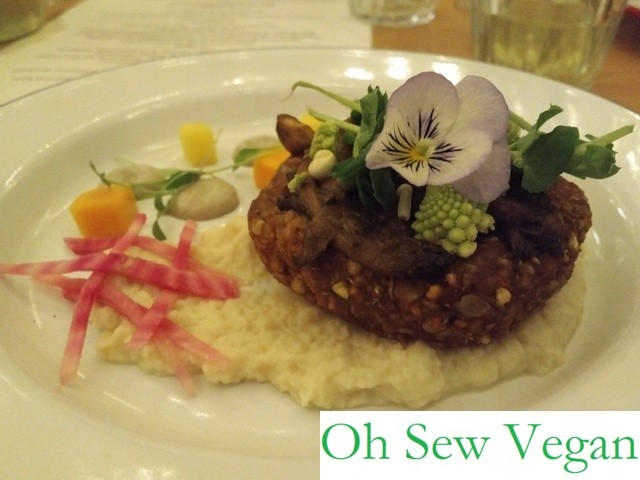 I’ve tried non-vegan and vegan haggis so I wasn’t sure what to expect from raw vegan haggis. I was pleasantly surprised by the crunchy texture of the walnuts with a hint of spice in the sprouted buckwheat, but it was a lovely combination of slight spice that you might get from garlic than strong dried spices. The marinated mushrooms had a lovely flavour to it and complemented the veg nicely. the Left Field No. 1 Kombucha was another lovely drink that came with our main course and there is a slightly darker taste to it than the No. 3 Kombucha, but like pairing wines with your meal, the different kombucha worked nicely with each course. 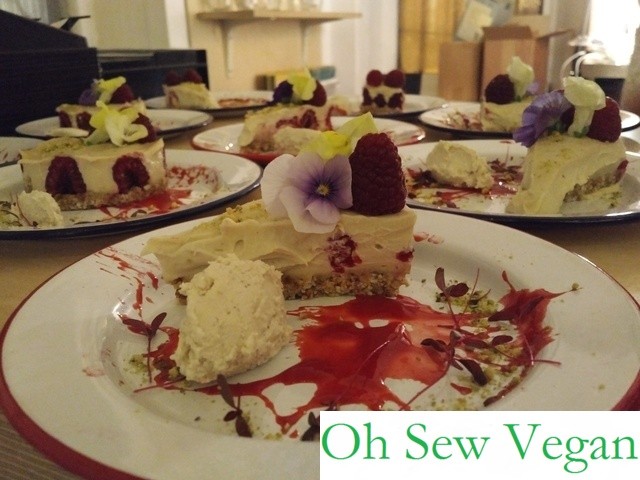 Cranachan cheesecake at the ready!

To finish, we were all served cranachan cheesecake with cardamom and vanilla ice cream and berry coulis. Fresh mint tea was also served to complement our dessert. 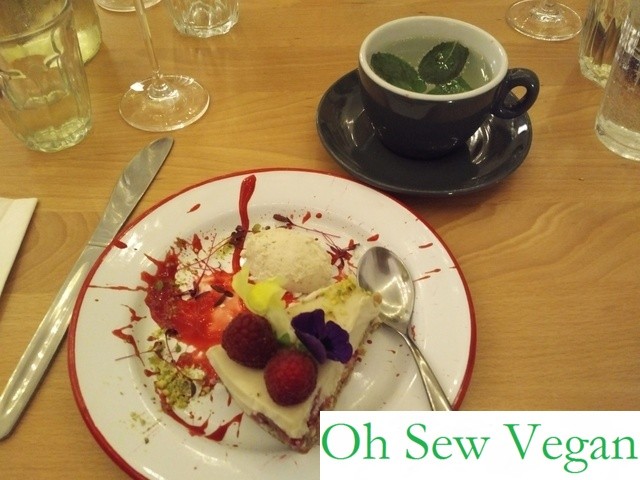 The cheesecake had a lovely soft texture to it, it wasn’t filling at all and reminded me very much of non-bake cheesecakes. The base was a definite positive change to the raw vegan cakes I mentioned earlier that wasn’t quite to my liking, but this cheesecake is definitely something I thoroughly enjoyed. I’ve never been a big fan of mint tea as herbal teas seem to taste like flavoured water to me, but I didn’t mind the mint tea that night.

After the explosion of different flavours in one night, the mint tea was very cleansing for the palate. 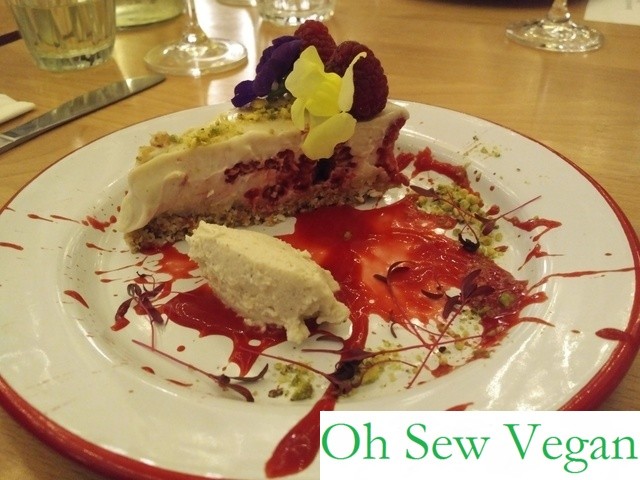 To finish, we were all served little espresso cup sized ceremonial cacao drinks that were quite spicy. Unfortunately the spice was a bit too much for me and I had to leave mine, but if you’re a chocolate aficionado, I would definitely recommend this. You couldn’t get a better taste of cacao than in this drink with a bit of spice to warm you right up in this cold Scottish weather! 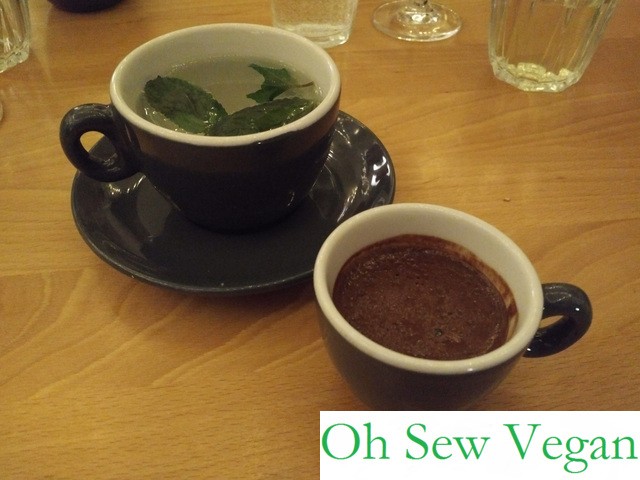 Raw ceremonial cacao drink with a kick to finish

This was the first supper club run by the Beetroot Cafe in Edinburgh and from the success of this first event, there are plans to host more events in the future. In the meantime, if you’re in Edinburgh and are interested in getting a taste of some wonderful raw vegan food, you can visit their police box at Coronation Walk at The Meadows during the week for some tasty cakes, stews grilled wraps and sandwiches.

To keep in the loop of any updates from the cafe or for future events, don’t forget to sign up to their newsletter here.